Thinking in more detail about who you spend your time with

1.    Thinking about you spending your time… who do you spend most of your time around? 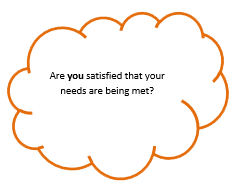 2.    Do you have refugee or asylum seeker status?

3.    Has anyone tried to force you into a relationship that you don’t feel you have a choice over?

a.    Are you worried that this might happen in the future?

4.    Do you ever send pictures to anyone over social media?

5.    Thinking about your feelings towards other people… which of the following describes you?

6.    Do you have a good relationship with the people you live with?

a.    Is everyone healthy?
b.    Do you have to care for anyone else?
c.    What sort of things cause arguments at home?
d.    What happens when there is an argument?

7.    Has anyone ever made you feel scared or vulnerable?

8.    Have you got friends you can talk to who understand you?

9.    Has anyone ever bullied you before?

11.    Thinking about the people who are especially important to you…

12.    Have you ever met up with someone who you started chatting to online initially?

13.    Thinking about your sexual health…

a.    Are you having sex with anyone?

k.    How many people have you done something sexual with in the last six months?
l.    Have you ever been checked out for sexually transmitted infections?

14.    Have you ever thought about harming someone else in any way?

a.    Have you actually harmed anyone?